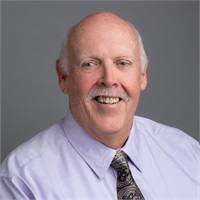 Steve Cook grew up Arizona strong.   A transplant from Rockford, Illinois, Steve has called Arizona his home since 1962.   As an Alhambra Lion, Steve resided on the “West Side” and later called himself a Sun Devil, graduating in 1974 from Arizona State University.  A few somewhat related vocations led him to the Financial Services Industry a year after graduation.

Steve now calls himself the “Senior” advisor at CUE Financial Group, but it is not because he is retiring any time soon.  It is because he has called CUE Financial Group his work home since 1988 and is thrilled to continue his career helping families and individuals fulfill their dreams in retirement.  Steve enjoys providing clients with financial guidance during times of financial challenge and opportunity.  He believes that comprehensive financial and investment planning is often the solution to a client’s needs, but more importantly to Steve’s clients, is the way he communicates these ideas.  Steve works hard to make the complicated simple and strives to make the seemingly unattainable just the next step in a plan.  Steve has been called many things in his life; Lion, Sun Devil, Senior, yet the one he strives to attain the most is simply, an advisor that takes care of his clients.